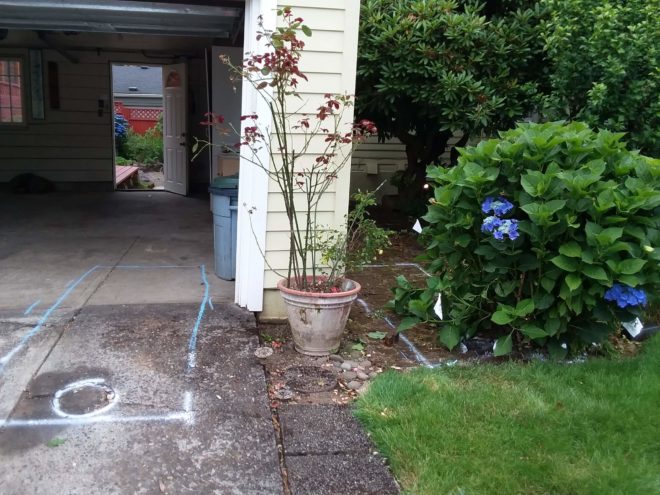 A client wanted to do a tank search but was then told the tank was decommissioned by the seller. Should they still get a tank search? What would you do?

We always recommend a tank search if one has not been performed. (Even then, our tank locator has found tanks missed by 5 different companies)
-This is because we sometimes find a second underground storage tank at home.

A second tank can occur because the first tank failed and the home owners at the time wanted to keep the oil burning furnace so they added a new Underground Storage Tank (UST) or a new Aboveground Storage Tank (AST). Duplexes and large homes can sometimes have been built originally with multiple oil tanks.

If the previous owner liked to work on cars there might be a buried gasoline tank.

If the property is rural there might be a tank for fueling farm equipment or because the nearest gas station was far away at the time.

Large garages, shops, and barns sometimes had their own underground oil tanks. Three tanks at a small house in the Sellwood area is the most tanks we’ve seen at any single property; but finding more than one UST can happen.

The client decided to go forward with the oil tank scan. We discovered that not only was the decommissioning they had not DEQ certified but that there was a second UST.

So when people ask if you should still get a tank search when a tank is decommissioned, the answer is yes.