In the previous article we showed fill pipe, vent pipe, and supply lines for an oil tank. Here we look at some of the other signs that are more likely to have been removed with time but might still be present. If you want to know if your house has a heating oil tank then you need a tank search to be sure; but you can find positive indications of oil tanks on your own.

Sometimes the presence of an oil heat is easy to see. The most obvious signs are the fill pipe in the yard, the ventilation pipe near the house, or the supply lines in the basement. Having a sign of oil heat makes a tank likely, however tanks are still possible with no signs.

To refill the oil tank, a 2″ pipe connects the underground tank to the surface. While the fill is visible in some homes it may also be long lost in others. It can have a ‘collar’ to give space and a metal cover are also common.

Along the side of the home, often near the chimney area of the home, is a 1 & 1/4″ or 2″ pipe can stick up, not reaching the eve, and have a little non-air-tight cap.

Many times in the basement or crawl space there are one or two copper lines present. Copper tubes 1/2″ and 3/4″ diameter occurred commonly for oil tank supply. Occasionally a galvanized steel pipe instead of a copper tube.
Seen coming in through the foundation wall or ground. Sometimes with a shut off valve between where the floor and the wall. 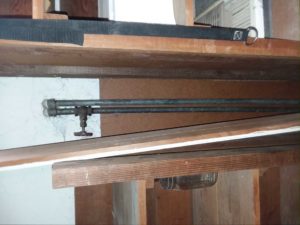 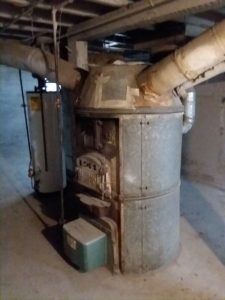 An ‘octopus’ furnace with lots of big duct arms in the basement is a sign there might have been oil heat. These furnaces were made for burning wood and sawdust when they first came out. Later, many of them underwent an ‘oil to gas conversion’ where the insides were made to burn methane instead of oil. A circular scar on the concrete in a basement is a sign of this. This scar will tend to be by the chimney. 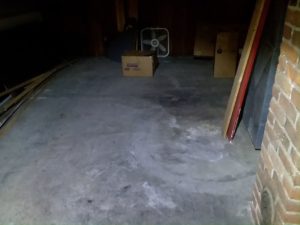 Curious to know more? Click here to learn more about the history of diesel heating in Portland.

Home built in the 40’s and 50’s were often built with oil furnaces and tanks. This means that the obvious scaring that we see in earlier homes in no longer present. Oil burning furnaces could be found in a furnace closet or in the crawlspace. 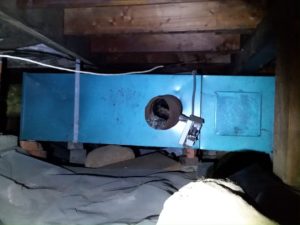 These oil furnaces were large cumbersome. The fate of such an item was often to leave it in the crawl and forget about it. If there is a pump mechanism and copper tubes attaching to the furnace then is an oil burning furnace. 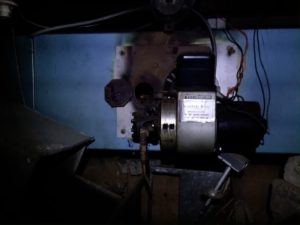 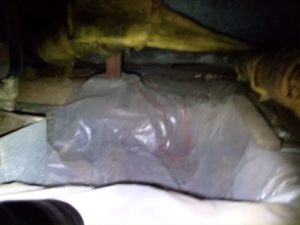 Homes built with oil heat can have a double flue system on the chimney. Look for two or three clearly defined chimney spouts. Adding the oil tank at the same time as building the house will result in less obvious signs of a tank. But homes built between 1940 and 1960 with a double or triple flue have a very good chance of having an underground oil tank. 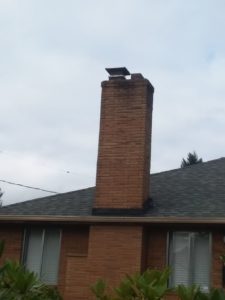 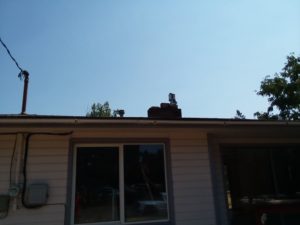 ‘The dip stick’ is a wooden stick which has markings that indicate how much oil is in the tank. Look in a basement or around the yard for one of these, those they are not very common.

Stickers from an oil delivery company

Stickers with the name of an oil delivery company of the vents can be a red flag. Look for names such as CARSON and MONTAG.

Oil filters may still be present in a crawl space and basement even if a tank and furnace have been removed. Look for a copper tube running into a small red filer. Sometimes and electronic oil filter pump can be found.

Signs from tanks and burners

Look for actual signs, remnants of an oil furnace. Tacked or nailed to the walls of support posts in the basement. You may see a heating oil tank fuel pump or filter in a crawl space or basement. Things like fuel filter records or fuel type warnings are good indicators of oil heat. 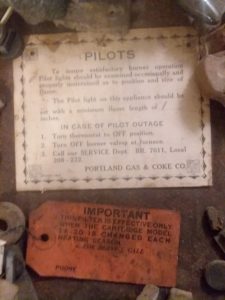 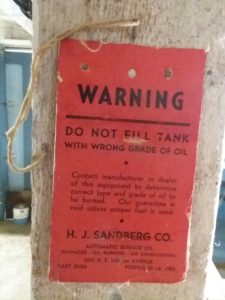 A highly professional Oil Tank Search is only $100 and takes about an hour. We recommend getting a tank search if:

Why get a Tank Search?

Why choose Rush Locates for your tank sweep?

Return to the Information page 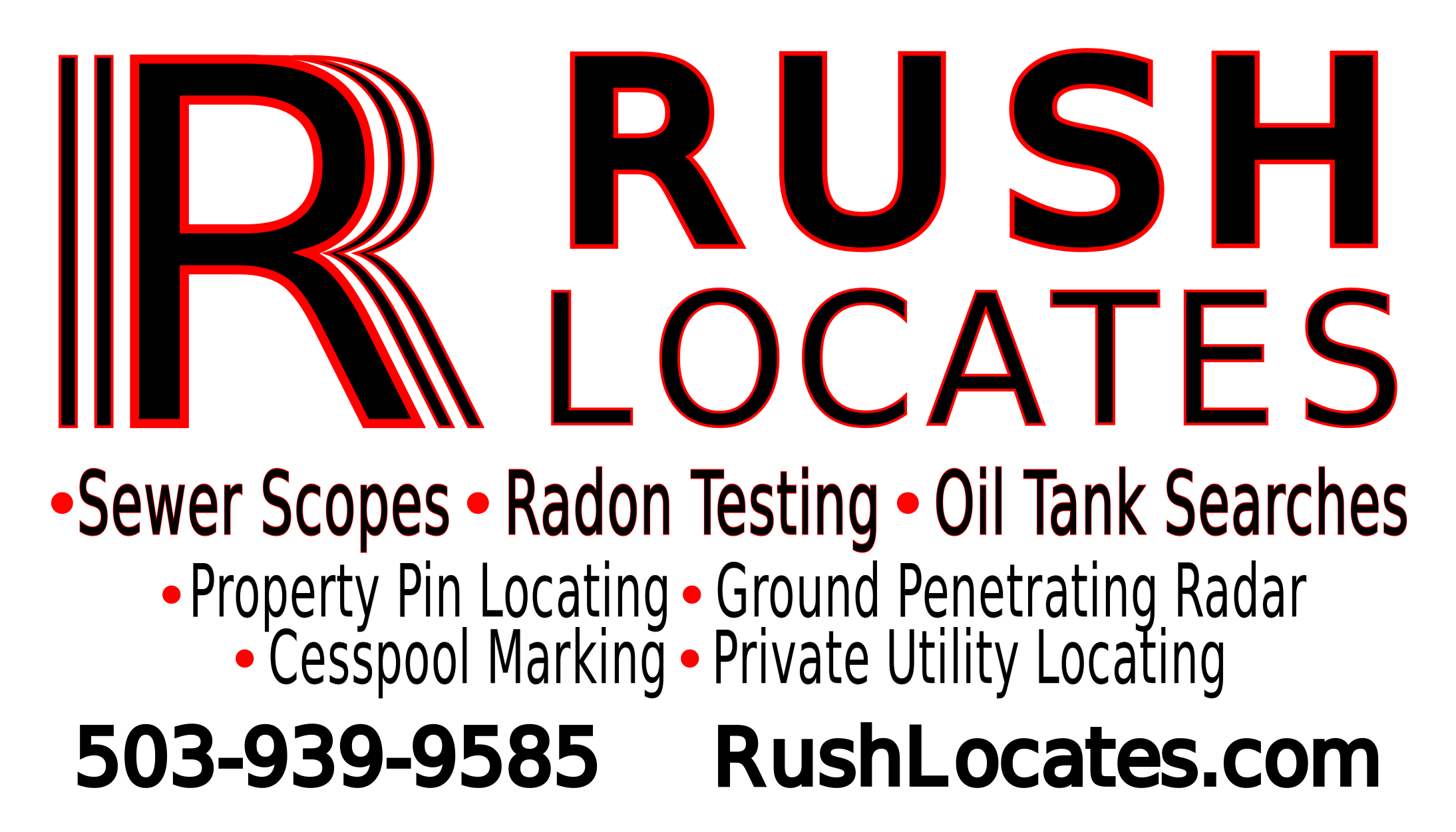